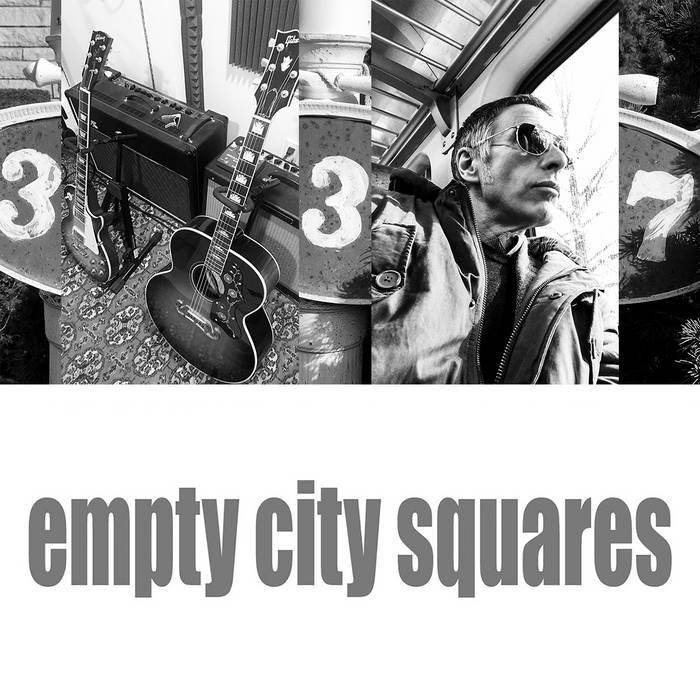 PE Music Like this one a lot.
Great mix and arrangement. Favorite track: A Big Sunset.

Across The Universal Soundscape

"337" is the second album from Empty City Squares, a mostly solo project from the multi-instrumentalist singer-songwriter John Fotiadis.

The 14 tracks were written all over the world and recorded in a nearly soundproof New Jersey basement over the last seven years. This is a collection heavy on melody-drenched rockers, most guitar-driven, a few led by piano, with lyrics that convey a sardonic, sometimes alienated worldview that occasionally reveals the optimist within.

Bringing the musical variety into a coherent whole is a theme familiar to anyone with an artistic sensibility who has also had to put food on the table: The road is hard but the journey is worth it, or so we keep telling ourselves as we run out of money and friends.

“337" offers riff-based uptempo songs easy to love on first listen and more ambitious pop productions that could rank among your favorites once they've sunk in. Fans of rock's classic period (The Beatles, The Kinks, The Small Faces, The Who, T-Rex, Bowie) and the more recent acts who have put their own spins on that tradition (Oasis, Blur, Field Music, Elliott Smith) should feel at home here. All the songs were written, arranged, engineered, and produced by John ("Yanni" to his friends) in his hours away from work. He couldn't have done it without his trusty Fender Telecasters, Epiphone Casino, Rickenbacker 330, Gibson Les Paul, and J200, a 4001v63 Rickenbacker bass, a Roland XP80, and let's not forget the Mapex kit.

"337" was painstakingly assembled in a home-built studio affectionately known as Yanni Road, thanks to a Protools rig running on an ancient Mac Quad and other outboard gear. The album is dedicated to the beautiful weirdos out there, from Zeno to the genius down the block who never quite got it together. Take from "337" what you will — meaning, solace, medication, or just a melody line or two that won't leave you alone.

John is an architect by day. (Contrary to recent media reports, he has not "disappeared.") When not designing buildings or homes, he has written and recorded music for independent films, theatrical productions, TV shows and podcasts, most notably "Gilbert Gottfried's Amazing Colossal Podcast."

The (Somewhat True) Story of the Empty City Squares Album '337'

Those were the words uttered by John Fotiadis, the driving force behind the band Empty City Squares, as he stepped into our office late on a winter’s night.

John looked like a man who had been through something as he placed a CD on the desk. On the disk's face, “337” was scrawled, with a flourish, in permanent black marker.

“Of course, Mr. Fotiadis. Just as soon as we can locate a CD player. I know there’s one around here somewhere."

We had signed Empty City Squares to our very small record label nearly a decade ago, back when music still came out in physical form and the electric guitar was something other than an ornament to be placed on the wall of a restaurant specializing in artisanal food.

We had high hopes for Empty City Squares in those days. After all, we knew talent when we heard it. And John assured us that the collection of new songs would be ready in a year’s time — “eighteen months, tops.” We were so hopeful about the band’s prospects that we went along with John’s claim that his so-called band was actually a band — that is, a musical outfit with more than one member. And so when he spoke of “my drummer” or “my bass player,” usually with some disparaging remark, we smiled and nodded, not letting on that we knew the whole thing was a ruse or perhaps the delusion of a musician who had spent too long in the basement.

Anyway, seven years passed since we had reached the deal with Empty City Squares. And by the time John tramped into our office on that cold December night, we didn’t have the heart to tell him that, alas, our little record label was no more.

You see, owing to the vicissitudes of various corporate trends, which we won’t go into here, we had altered our business strategy to a slight degree, morphing into a “digital-first” company that delivered descriptive text to a social-media website that billed itself as “Instagram, but for music.”

To be frank, though, it was a stretch to call our business a business at that point in time. The “Instagram-for-music” site had gone dark in late 2016 — but through some fortunate oversight, we still received a check now and then from a venture capitalist who resided on a yacht in the Aegean and had yet to receive the news of its demise.

We dug a CD player out of a metal filing cabinet and popped in “337.” Unfortunately, we couldn’t get it to work. John left our office in a quiet rage.

The next morning, we rented a car from Rent-a-Wreck that possessed a working CD player and listened to the suite of songs in full. To say that “337” fulfilled our expectations would be an understatement.

We were hooked the moment the drums kicked in on the opening track, “Neighborhood Van Gogh,” a song dedicated to those crazies who do it for love instead of money, the ones who draw curious glances from their colleagues and few remaining friends in a world that is more impressed by outward signs of achievement than the dirtier environment that had hatched the likes of us and anyone who has read this far. By the time the Empty City Squares future-classic “Slip Into a Daydream” was blasting out of the car's speakers, we found ourselves daydreaming of re-kindling our old record-label ambitions.

We got in touch with John through an intermediary. (He had forbidden us, during year five of his recording sessions, from contacting him directly.) We assured him that the commercial prospects for “337” were bright, carefully neglecting to mention that we had long ago passed out of the record business.

Next, with a bit of account-ledger trickery that should remain just between us for now, we moved the funds from the Aegean yachtsman toward distributing the work that now lies before you, just a click away.

John Fotiadis (AKA "Yanni" to his friends), is an Architect by day and a songwriter and multi-instrumentalist the rest of the time. Over the last 15+ years he's written and recorded music for film, Theater, TV, and Podcasts.

Yanni loves old rock and roll and blues and a lot of music from the UK. Empty City Squares is his sometimes real / sometimes virtual band. ... more

Bandcamp Daily  your guide to the world of Bandcamp

Featuring Gary Bartz, 5 years of Rhythm Section Intl and an LP of the week by Nicolas Jaar